I had previously covered how my early MBP Retina (early 2013) had a squeaky command button here. Since the command buttons (⌘) and the space bar have a metal stabilization bar built-in, these keys tend to squeak.

After investigating quite extensively, I could not find a good information source on how to get rid of the squeak. The last thing I wanted to do, was to take it back to Apple, as this machine has been replaced twice previously, and going through that experience with something as fuzzy as a keyboard squeak did not appeal to me, despite the fact the machine was still under warranty.

During my investigation, I found out that how the keys can be removed as shown in this video:

And here, it is documented well that one should use White Lithium Grease as a lubricant to prevent damaging plastic.

Armed with this information, I acquired a can of White Lithium Grease from a local automotive store for less than $6. I popped the key as shown in the above video.

I sprayed a tiny quantity of lube on a card-board. Then using the tip of a needle, I applied minute quantites of the grease in the key where metal interfaces with plastic, suspecting those areas. However, the squeak remained. Subsequently, I discovered what was squeaking by side-loading the white plastic piece in the middle, and operating it up and down, scissors fashion.

Then I applied miniscule amounts of grease in the areas shown below, including the microscopic hinge in the middle of the scissors mechanism on both sides. I removed the excess grease by using a cotton swab, reassembled the key. And no more squeak. 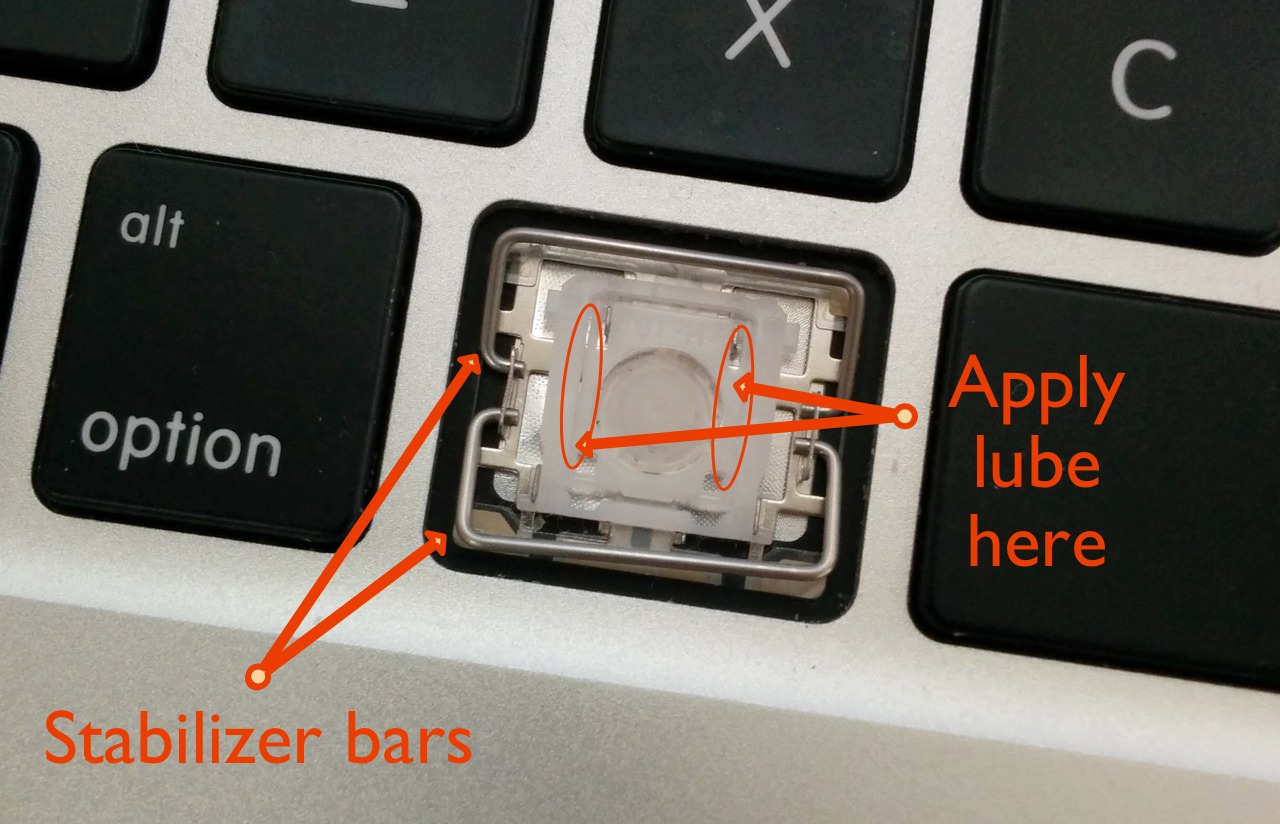